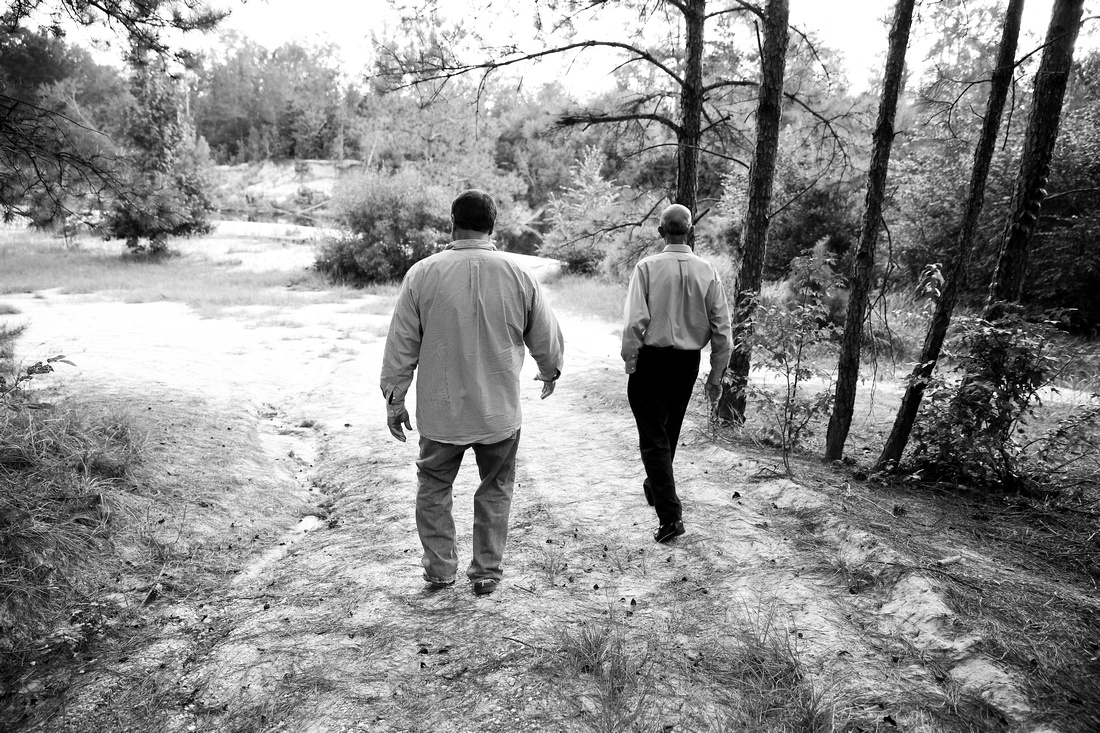 Luke 3:21 (NIV) "When all the people were being baptized, Jesus was baptized too. And as he was praying, heaven was opened 22 and the Holy Spirit descended on him in bodily form like a dove. And a voice came from heaven: 'You are my Son, whom I love; with you I am well pleased.'”
Yesterday, my friend William called up and asked if I was still interested to photograph a river baptism. "Of course! When?," I asked. "Today," he responded. And, so, I went. Certainly, any chance I have to photograph moments unique to our lifestyle in the American South, I'm there, but there was more to this. This was about honoring a friend's request to be a part of a very special moment.
William's doctor had just scheduled him to undergo a procedure on his heart. He wasn't really given any other choice. Understandably, he was a bit uneasy about it all. I know William to be a man of God. He's saved, so I have no doubt where he'll be when his time comes. I just don't think it's going to be this week.
Being responsive to what God laid on his heart, William wanted to get baptized, again, before his procedure. I admire a person who acts when something's weighing on them. No excuses or other obstacles were going to get in William's way. He dropped everything, called the preacher and headed to the river. I was honored he asked me to join him.
Willliam drove us to a private area of land on the Wolf River in Harrison County, Mississippi, just before dusk. A person couldn't have designed a more peaceful setting. The edge of the river consisted of a raised beach, leading down to the tranquil, winding water below. A barely noticeable current made for virtually still waters, with not another soul in sight. It was just William, his pastor and myself, a witness and friend. I was humbled and honored to pray with my friend there in the middle of the river. It was a beautiful moment. 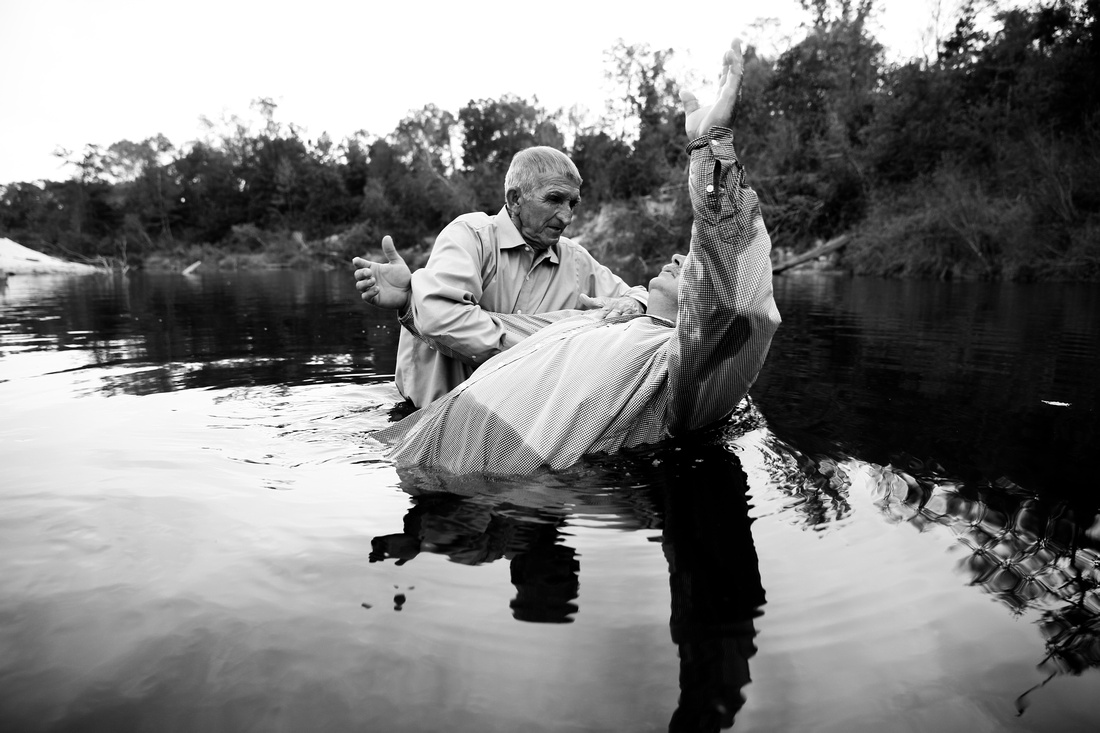 In the scripture above, the verse speaks of the Holy Spirit appearing in the form of a dove. Today, as William and his wife prepared for the next day's procedure, a white dove appeared before him. I believe it was God telling him everything is going to be just fine, that he is not alone.
During the procedure, I will be praying for William, his family, his doctors and the medical team. In the days to come, he'll heal and we'll hang out again, soon, down by the river, standing in God's country, in awe of His wonderful works and this life we're blessed to experience together.
- James Edward Bates
UPDATE: William came through the procedure just fine. His wife tells me things looked good. I'm happy today went well.
More photos from William's river baptism: http://www.jamesedwardbates.com/americansouth_mississippi/h288928f3 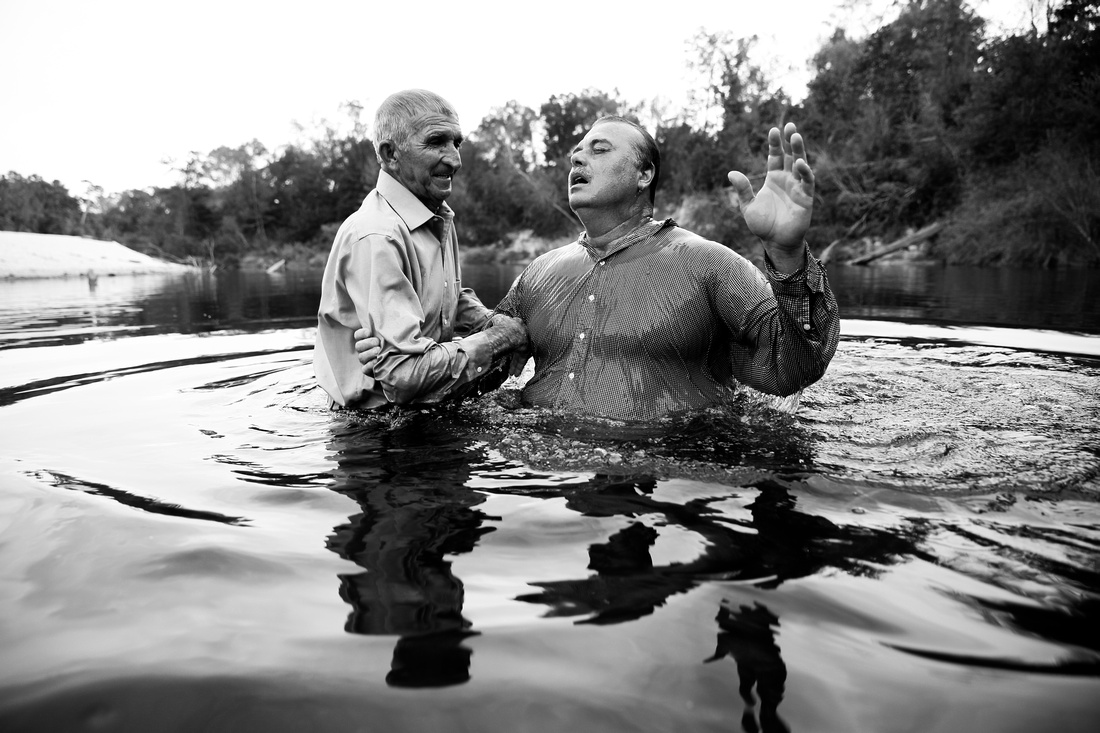 Christina(non-registered)
I've turned my back on the Lord my Good for many years and no matter what he still showed me love and that I did have meaning to this life he blessed me with. I'm from New Orleans, moved to Mississippi but to long ago. I've started going back to church *2 weeks before Easter* and I LOVE it as well as looking forward to HIS day. I've changed my life around as well as my out look on the world, people, and love. My next step to get closer to God is to be baptized. I don't want to do it in a church, I've always dreamed to have it done in a river. If you will, PLEASE contact me, I will leave my email along with my phone number. Please let me know if this would be possible, what I would need to bring, and do you accept donations??
Christina
504-812-7787
No comments posted.
Loading...
Subscribe
RSS
Recent Posts
Wedding: An Ole Miss gal and a Mississippi State guy... Wedding: Brandon & Roslyn New Baby: Hudson Reverend Billy Graham New York Last Crusade Boroughf Family Outing Great Socks for the Groom & the Guys! Lights to go out on USM darkroom Honoring Hattiesburg's Fallen Historic Grass Lawn is a great Gulfport asset Lights to go out on USM darkroom
Archive
January February March April May June July August September October November December
© James Edward Bates
User Agreement
Cancel
Continue